Matt Waddington joined the WNY Flash Academy in 2018. Waddington serves as the head coach of the academy’s 04G ECNL-RL and 06G ECNL-RL teams.

A native of Grand Island, N.Y., in addition to his duties with the WNY Flash Academy, Waddington is a Physical Education and Health teacher for the Buffalo Public School District.

Prior to joining the WNY Flash Academy, Waddington spent two years with the Empire United Soccer Academy (2016-18), five years as the Director of Coaching for the Northtowns Soccer Club (2012-17), and six years as an assistant coach with the Grand Island Varsity Boys Soccer team (2010-16), helping to lead the Vikings to two sectional championships and two state finals appearances.

As a collegiate player, Waddington spent two years at SUNY Brockport (2001-03) before transferring to Canisius College (2003-05). In 2002, along with reining in First Team All-SUNYAC and All-Tournament Team honors, he broke the record for most goals scored in a SUNYAC Championship Game, a record that still stands today. The Golden Eagles that year would rank as high as number eight in the country, posting a 9-0 record in SUNYAC play while breaking nine school records.

At Canisius, Waddington would go on to be a consistent starter over his career for the Golden Griffins, totaling three goals and six assists.

Waddington and his wife, Amy, currently reside in Amherst, N.Y. with their three children, Kieffer, Caden, and Knox. 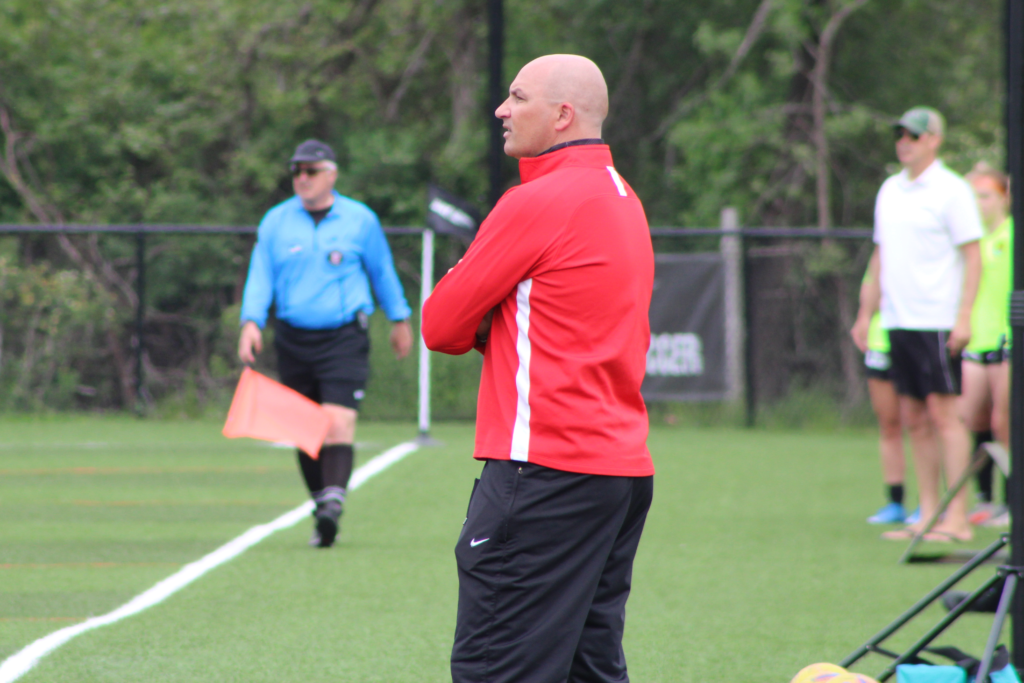